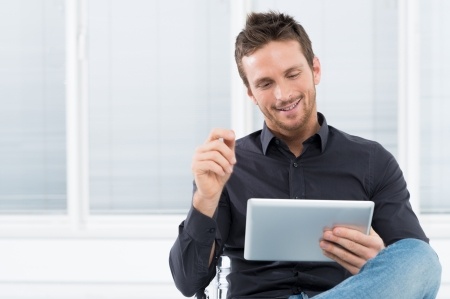 Subject lines are often the first impression someone has of an email. As a result, a lackluster subject line could be the very reason most digital advertisements go unread. Mashable recently reported that 144.8 billion emails are sent every day. 144.8 BILLION! What’s more, of these 144.8 billion emails, over 100 billion are business-related, meaning a large share of them involve revenue-driving. The number of commercial emails sent on a daily basis is expected to grow rapidly in the next four years thanks to the natural consumer transition towards digital channels of communication.

Any brand that wants to survive the digital era should already be campaigning via email. If not, they’re losing out on a 4300% ROI, not to mention the money saved from abandoning archaic marketing methods like door hangers and printed mailers. However, given that the average person receives the upwards of 120 messages a day, email marketers need to find unique ways to make their message stand out from the rest. Subject lines are an important ingredient in the overall goal of campaign optimization. Read on for some helpful insight on how successful advertisers get readers to open their messages.

When you call a person short and simple, it’s not necessarily a compliment. In regards to subject lines, it’s one of biggest secrets to success. For whatever reason, people feel the need to make subject lines excessively descriptive. No, subject lines fields are not a home for a run on sentences nor do they need to include every.single.tiny.aspect of the enclosed material. Rather, the briefer and less sale-sy they read, the more likely an email is to be opened. Subject lines less than 50 characters long perform the best. For those of you who are baffled on how you’ll possibly list everything your email entails without writing a short story, try shaping your subjects around common trigger words like “how to”, “Top 10” and “reasons why”. Not only will these catch a user’s attention by posing some sort of benefit to them, but the words will also set a framework for a concise yet effective statement.

People naturally enjoy joking around, teasing and, at times, misleading others, usually without malicious intent. Unfortunately, advertisers use it as an email deployment strategy to increase their clicks and don’t consider that instead of enticing people, they’re leaving most consumers unsatisfied. If someone reads a subject line that says anything along the lines of “Breaking News” “Lose 25lbs in 25 Hours” or anything considered derogatory, they’ll either ignore the email or mark it as spam. If they’re tricked into believing the subject lines applies to the email’s content and open it only to realize that the subject line is an exaggeration or blatant lie, it won’t bode well for the sender.

Also, if the subject line hints at one story line or promotes an offer, but the actual message contains something completely different or unrelated, it has a high likelihood of being reported as spam. As a rule, feelings of shock and awe and controversial sayings should only be used under factual circumstances, specifically in cases when reporting real-life news or other substantiated information. Playing with someone’s emotions for the sake of a possible – but more than unlikely – sale is just bad form.

Going off the previous point, subject lines that elicit a sense of mystery or wonderment can actually perform well and don’t necessarily mislead the consumer. This type of subject line works on the basis that the consumer wants to find out an answer or know more about the topic advertised. They have little expectation beyond find out more information because they are acting off of mere curiosity. Subject lines with this quality often include phrases such as “have you ever wondered…” and “Do you know…”. They may even take a more aggressive approach with something like “you’ll never believe” or “you probably don’t know.” These sayings compel people to click simply because if they don’t know, they want to. If they do know, they feel a sense of satisfaction.

Use Symbols and Sequences

Our brains respond positively to lists, numbers and patterns because they categorize information before processing it. Thus, subject lines that format numeric information as “$29 million” instead of “twenty-nine million dollars” and group phrases with alliteration such as “cookies, cakes and candy” appeal to the logical side of the brain and are more likely to catch someone’s eye. Not to mention cookies, cakes, and candy are delicious. Still, the eye-catching quality of subject lines that include unique symbols and word sequences tend to get more clicks because they stand out from the typical subject lines that only contain words and common punctuation.

Customized subject lines that appeal to a niche audience are a good idea so long as you don’t take a stale approach. For example, subject lines that say, “John, a special gift is waiting for you” or “John, you have been chosen to receive this exclusive offer” have an obvious unoriginal, spam-like quality that most consumers have grown accustomed to. Again, the emails will likely be ignored, deleted or reported. Most of the clicks on these offers originate from disgruntled readers who will likely opt-out once they read it and realize they’re not so special.

On the other hand, customizing a subject line for its end user can be especially effective when the campaigns appeal to a unique quality or interest of the target audience. For home insurance offers sent to home owners in a specific town, city or state, subject lines that include the name of said region will do well because the reader will recognize that the message includes a promotion that will directly benefit them. Similarly, for people who subscribe to gossip magazines and follow countless celebrities on Twitter, using subject lines with the names of famous people will score a lot of opens. While geo-targeting and honing in on filtered demographics doesn’t always work on the mass scale, having data for a specific demographic will help when creating a subject line that will appeal to that list.

Creating a sense of urgency in a subject line helps gain clicks and boost conversion rates simply because people don’t like missing out. Fortunately, the FTC and IAB have been diligent about prohibiting marketing tactics that create a false sense of urgency (think: a countdown clock on a website that starts over when it reaches 0:0 rather than actually making the offer unavailable). However, subject lines that state “free shipping ends tonight” or “only 3 days left” for an offer that indeed ends after the described time period motivate people to act fast. “Act now”, “don’t waste time” and “stop waiting” are less specific terms that can be used in situations when the offer may not necessarily be time sensitive.

Interestingly, people assume that words IN ALL CAPS get more attention. This may be true, but the attention received is not always the attention sought. Caps lock is the virtual version of yelling at someone without sound. Words and statements that are fully capitalized imply importance or severity, both of which don’t elicit the tone a subject line should typically encapsulate. The same logic applies to using perfect grammar. As more people communicate through digital channels, slang terms are in and punctuation are out. Exclamation points should be used in moderation and if they can be substituted for a question mark, the message will see more clicks.

People are so accustomed to seeing grammatically-correct subjects so while advertisers may not want to seem unprofessional, it’s important to realize that these headlines will be skimmed over quickly. If they don’t stand out and use characters that catch attention, they won’t captivate as much of an audience than if they had take a unique approach to their offer.

Overall, there’s no algorithm for the perfect subject line. If there were, all subject lines would look the same and then no emails would ever be clicked on or read. The recipe for an effective subject line balances intrigue with information; it’s succinct yet surprising. Also, there’s really no way of knowing that a subject line is as good as it can be without a/b testing it against other versions.

Also, even after the subject line is perfected and performs better than the rest, change with time and it will lose its luster. Continual testing with the goal of optimal results is the nature of the marketing industry, digital or not. Consumer interests, needs, and priorities change as quickly as they’re established so a constantly changing campaign has the best shot at success. In the meantime, the above guidelines pave a path in the direction of high-clicking (and, hopefully, converting) campaigns.

What’s next? Learn how to optimize your next email campaign here.