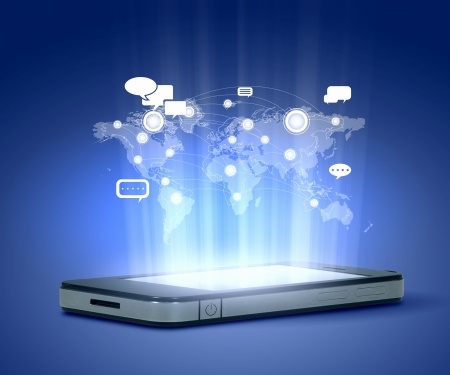 Articles you may like, Blog, Current News, Media, Techtelligence, Uncategorized

Consumer demand for mobile apps has grown exponentially over the past few years. Both the number of app users and their time spent within their apps are growing at increasing rates. But, in some cases, apps have become victims of their own success. At a time when demand is on the rise, it’s harder than ever for apps to get noticed. When working with Madrivo on a CPI campaign, we will help you navigate these tricky waters. Here are 5 things to know before running a campaign in an effort to help you hit your KPI’s.

1) Team up with a Partner that has Direct Relationships

A common problem in app install campaigns happens when a network delivers new users to an app from an indirect source only to find out that they are low quality. The advertisers user base may have grown, but many of these users may not have had any active app sessions or completed any in-app actions. With a business model where most apps are free and rely on in-app purchases, this can provide challenges. To increase growth, an advertiser needs to work with a network that has direct sources to drive the best installs. When working with a network like Madrivo, you can continue to follow the user’s post-install activity and in-app events, and then track these events back to the acquiring source allowing you to effectively scale with the right traffic sources. Madrivo has direct relationships with app developers which allows us to target and track users better than traffic sources with indirect relationships.

The only way for apps to get noticed in a competitive landscape is by generating a volume of installs from both organic and paid sources.

Organic installs mainly come from app store exploration or organic search. That means people discover an application after they search for a related keyword or brand search, look at top apps per category, or get a tip to download the app through an app store’s featured recommendations.

Paid installs are installs that were driven by active promotions, especially in an advertising campaign or through an incentivized network, where users are prompted to download and install an app in exchange for virtual currency or another incentive.

Since the overall number of installs is a major factor in app store optimization an investment in non-organic installs will improve an app’s ranking which will ultimately increase the number of organic installs as well.

So if you’re looking to boost your organic rankings, you need to consider paid efforts into your overall promotion plan.

Most advertisers aren’t aware, but you can target people who are using new mobile devices. The reason this is so powerful is that when people get new phones they usually search for new apps to load on their phones. Get your ads in front of these new phone owners at the right time and you can expect a great conversion rate with lots of new installs.

4) Social Media Traffic is a must

Since most social media traffic sources have begun focusing on app installs, it has become the app install driver, according to IAB. Half of the top grossing apps on the App and Play Store use social media to install ads, and developers say these ads deliver higher quality users. So why is social media advertising so powerful? The simple answer is its targeted reach.

With social media targeting, it’s possible to target users based on specific demographics, profiles or actions they may have taken on your brand’s desktop or mobile website. It’s also possible to create Lookalike Audiences of your highest value users, based on their wealth of data. In addition to acquiring new users, social media ad products support re-engagement campaigns to help improve app user retention and boost lifetime value. With Madrivo, campaigns can be set up to re-target users based on actions they take inside your app, like viewing a specific product, with the goal of bringing users back into the app for conversion.

5) Market Your App With Video

Video is one of the most powerful ways to get your message across about your app. It can help you boost your app visibility, increase user engagement and drive new installs. Make sure to keep the video short 15-30 seconds and feature the best parts of the app, for example, gameplay, featured characters, or product sales. Also, make sure your last frame has a lasting effect and resonates with your audience and invites them to download your app.

Are you ready to start implementing these five steps for your app install campaigns? Contact Madrivo to get started!