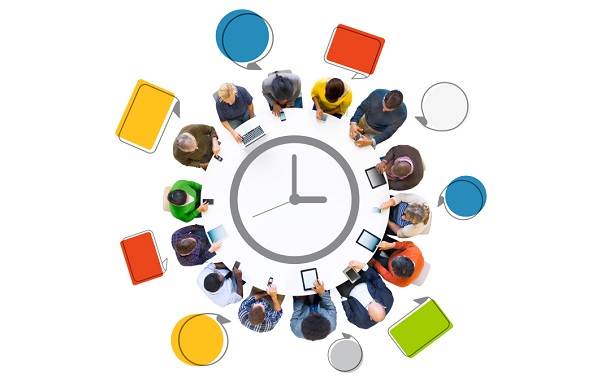 Social media usage has boomed worldwide in the past decade. Today, 56% of Americans have a profile on a social networking site, 22% of whom check their account several times per day. This means roughly 70 million Americans are checking their social media pages at all times of the day. From a marketing stand point, however, certain sites perform better at different points in time. Below is an overview per site of how to best utilize social media posts to gain maximum exposure.

Although Facebook has an overwhelming 1.15 billion users, some speculate that Google+ will overtake the throne for social sharing in coming years. Still, 70% of marketers use Facebook as a means of customer acquisition and people admittedly purchase products and services simply because they saw them on the site.

Growing at an annual rate of 33% since its 2011 inception, Google+ has reached 1 billion users. 360 million of these users are considered active and over half fall in the 45-54 year old age bracket.

Helpful Hints: Images in posts increase conversion rates by 55% and clicks by 36%.

As the fastest-growing social network, Twitter has approximately 215 million active users. Furthermore, 34% of marketers use Twitter to successfully generate leads. To get the most out of this overlooked marketing tool, advertisers should post pictures during peak hours for the highest sales generation.

Worst Time to Post: During normal business hours and on weekends

Helpful Hints: People should post at least 20 times per month to gain an active following.

LinkedIn has a total of 300 million users and grows by 2 users per second. The site caters to business professionals who aren’t going to be caught building their résumés while on the job, making mornings and late afternoons the ideal time to reach users. Although the site doesn’t see as much traffic as the top social media networks, it serves as a great redirect. People are four times more likely to visit a homepage listed on LinkedIn than they would with Facebook and Twitter.

Do you have any social media tips? Share with us here!